Fifty-two years ago on April 4, 1967, at Riverside Church, Rev. Martin Luther King, Jr.,  gave his most important speech ever, “Beyond Vietnam: A Time to Break Silence.” King’s conscience drove him to take the unpopular position of publicly criticizing the Vietnam War and putting it in the context of the “giant triplets of racism, materialism, and militarism.” The message of that speech remains relevant today because its wisdom has not been heeded.

We put this in the context of the North Atlantic Treaty Organization (NATO) because this year on April 4, the anniversary of that speech and the anniversary of the murder of King by the government, NATO will be holding its 70th anniversary meeting in Washington, DC. Protests and other activities are being planned.

NATO is a front for Western military aggression, which has resulted in destruction around the world, mass deaths and mass migration as people are forced from their NATO-destroyed communities. It’s time to end it.

That is the question asked by the Black Alliance for Peace on this birthday weekend of Martin Luther King, Jr. The Alliance explains why Dr. King would speak out against NATO if he were alive today:

Dr. King would be opposed to the North Atlantic Treaty Organization (NATO) because it is an instrument of US and European militarism. He would not be confused—and neither are we—about why the liberal establishment, neocons, military-industrial complex, corporations and the corporate media are opposed to ending an anachronistic structure. NATO’s only reason for being today is to serve as the military wing of the dying U.S.-European colonial project.

Black Alliance for Peace is not alone in seeing the reality of NATO as an aggressive arm of the US military. In the Chicago Tribune, Victor Davis Hanson writes, “In an era when the Soviet Union and the Warsaw Pact are now ancient history, everyone praises NATO as ‘indispensable’ and ‘essential’ to Western solidarity and European security. But few feel any need to explain how and why that could still be so.”

The truth is NATO is not only not indispensable or essential — it is counterproductive. It creates conflicts and is being used as an aggressive military tool. Among the wars of NATO are Afghanistan, Libya, Syria, Somalia, and Yemen as well as Bosnia, Serbia, Kosovo and Yugoslavia

In NATO is a Danger, Not a Guarantor of Peace, the American Conservative describes how NATO was appropriate when it was created to deter Russian aggression, but that was only necessary prior to the dissolution of the soviet union. It writes that NATO “has maintained a destabilizing posture toward Russia ever since” and urges Trump to return to his campaign view that NATO is obsolete, a position he has backtracked from saying he just didn’t know much about it.

David Swanson of World Beyond War describes how NATO works against the rule of law writing, “NATO is used within the US and by other NATO members as cover to wage wars under the pretense that they are somehow more legal or acceptable.”

Instead of ending NATO after it no longer served any defensive military purpose, NATO expanded to 29 nations, 13 since the end of the Soviet Union, including countries on the border of Russia. One of the reasons for the US coup in Ukraine was to antagonize Russia and prevent access to its naval fleet through Crimea. Ukraine is now partnering with NATO.

Veterans For Peace Calls for an End to NATO

The current US national military strategy calls for conflict with Russia and China. NATO continuously expanding, conducting military exercises and putting bases, missiles and other military equipment on the Russian border are part of that strategy. NATO has even expanded to Colombia, which borders Venezuela, another nation the US has threatened with war while conducting an economic war and regime change operations there.

A coalition of more than 100 organizations that are calling for an end to NATO describes its devastating impact:

“NATO has been the world’s deadliest military alliance, causing untold suffering and devastation throughout Northern Africa, the Middle East and beyond. Hundreds of thousands have died in U.S./NATO wars in Iraq, Libya, Somalia and Yugoslavia. Millions of refugees are now risking their lives trying to escape the carnage that these wars have brought to their homelands, while workers in the 29 NATO member-countries are told they must abandon hard-won social programs in order to meet U.S. demands for even more military spending.”

Dr. King’s Clarion Call Needs to be Acted On

In 1967, Martin Luther King, Jr., warned, “A nation that continues year after year to spend more money on military defense than on programs of social uplift is approaching spiritual death.” He described how militarism was destroying the soul of the United States and called for an end to the Vietnam war. He described in excruciating detail the US destruction of Vietnam, mass bombings, napalm, poisoning of their water and land and the killing of more than a million Vietnamese. He said a foreign policy based on violence and domination abroad, leads to violence and domination at home, and he urged “we as a nation must undergo a radical revolution of values.”

Time has shown the truth of his message as militarized police terrorize poor communities and are used to silence dissent, creating a war at home. Other aspects of the war at home are the injustice system, mass incarceration, the lack of social supports and the exploitation of workers and the environment.

King described how war degrades US soldiers who realize “we are on the side of the wealthy, and the secure, while we create a hell for the poor.” King said he could not be silent in the face of such cruel manipulation of the poor “as poor blacks and whites” from the United States were “burning the huts of a poor village” 8,000 miles away. The dehumanization and contempt of “other” people, he noted, leads to the persecution and death of black people in the United States.

King saw war as “a symptom of a far deeper malady within the American spirit.” King accurately predicted that if we did not face this reality, US militarism would spread throughout Asia, Africa, and Latin America. Today the US has 883 foreign military bases with troops deployed in 149 countries and sells or gives weapons to 98 countries. He described how the US keeps troops in foreign lands to “maintain social stability for our investments accounts.” He described US imperialism as based on “refusing to give up the privileges and the pleasures that come from the immense profits of overseas investment. “

King connected the extreme materialism of capitalism to militarization and racism, describing a “thing-oriented” society rather than a “person-oriented” society and how “profit motives and property rights are considered more important than people.” King described the new hopes in the nation as the government confronted poverty with new programs to uplift the poor, but how he “watched this program broken and eviscerated” as war funding stole from funding the necessities of the people.

Today, US military spending of more than a trillion dollars – the Pentagon alone is $717 billion – accounts for more than 65% of discretionary spending while poverty and homelessness rise. King called for a transformational change as an “edifice which produces beggars needs re-structuring” and urged us to “look uneasily on the glaring contrast of poverty and wealth.” The wealth divide today has worsened with three people having wealth equal to half the population. King criticized “capitalists” who sought to take the wealth of nations across the globe. 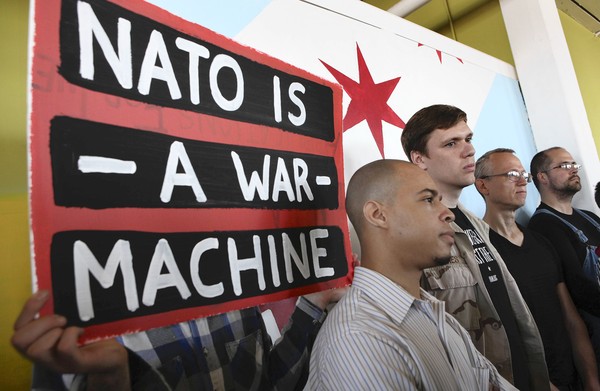 Members of various groups planning to protest the NATO summit including Jesse McAdoo, from the People’s Summit, Aaron Hughes from Iraq Veterans Against the War and Andy Thayer, protest organizer talk to the media Thursday, May 10, 2012, in Chicago. By Nancy Stone for the Chicago Tribune.

The Insult of NATO Celebrating War-Making In Washington, DC on April 4

On April 4, NATO will be holding meetings in Washington, DC. This is an insult to the memory of Dr. King and what he stood for. The Peace Congress, which was held in place of Trump’s cancelled military parade, called for people to unify around protests against NATO during their meetings.

The No2NATO2019 coalition, which is organizing protests against NATO, writes:

“…in a grotesque desecration of Rev. King’s lifelong dedication to peace, this is the date that the military leaders of the North Atlantic Treaty Organization (NATO) have chosen to celebrate NATO’s 70th anniversary by holding its annual summit meeting in Washington, D.C. This is a deliberate insult to Rev. King and a clear message that Black lives and the lives of non-European humanity, and indeed the lives of the vast majority, really do not matter.”

World Beyond War is organizing No to NATO — Yes to Peace Festival, which will include an art build, food, music and teach-ins on April 3 and a march from the Martin Luther King, Jr. memorial on April 4.

People are planning to organize strategic, nonviolent protests against NATO’s meetings and organizing non-violent direct action training to prepare for them. Learn more about all of the events and how you can participate.

On this holiday weekend, we reflect on the words of Martin Luther King, Jr. who urged us to “re-dedicate ourselves to the long and bitter, but beautiful, struggle for a new world.” Protest to end NATO will be a step toward ending what King called “the deadly western arrogance that has poisoned the international atmosphere for so long.” It is time for peace to “take precedence over the pursuit of war.”

Note to readers: please click the share buttons above. Forward this article to your email lists. Crosspost on your blog site, internet forums. etc.

Featured image is from No2NATO2019.org

Beyond NATO: Time to Break the Silence, End NATO’s Militarism. Relevance of MLK’s Speech against the Vietnam War 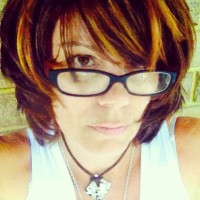 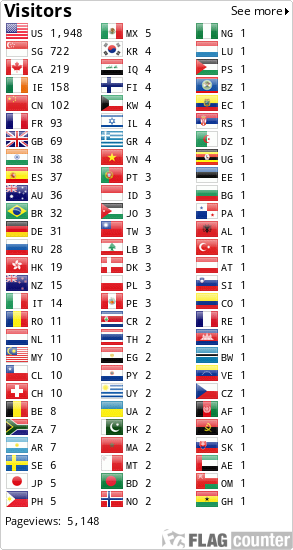